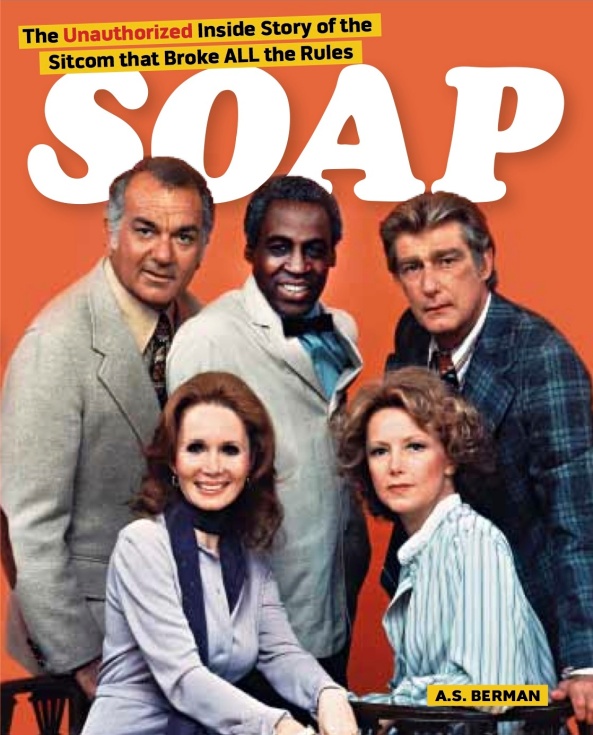 This is the story of two sisters, Jessica Tate and Mary Campbell, and the world that their two families made…

From its tumultuous beginnings in 1977 to its end by firing squad – onscreen and off – Soap was as passionate and controversial as the times in which it was made. During its four year run, it tackled the subjects of sex, death, depression, infidelity, family, and the absurdities of the human condition, all with a wit and gentleness never before seen on American screens.

Throughout that time, a vocal minority hounded the sitcom and its parent network, ABC, over its perceived irreverence toward the mores of a declining generation, even as the real world was convulsed by terrorism, energy crises, and fallout from the Vietnam conflict and Watergate. Though continued pressures from these groups would bring about an early end to the series, its cast and crew would go on to change the face of American entertainment, earning Soap an enduring place in American culture.

For the first time ever, Soap! The Unauthorized Inside Story of the Sitcom that Broke all the Rules takes you behind the scenes of this classic show, from the producers’ battles with network censors over an earlier series to the creation of enduring story lines such as the death of Peter Campbell and Burt’s alien encounter. Based on interviews with nearly 30 members of the cast and crew, including writer and creator Susan Harris, executive producers Paul Junger Witt and Tony Thomas, Katherine Helmond (Jessica), and directors Jay Sandrich and JD Lobue, this book offers an extensive examination of every episode, and may even finally reveal what really led to the series’ premature demise.

Confused? You won’t be after reading Soap! The Unauthorized Inside Story of the Sitcom that Broke all the Rules.

Other Books by A.S. Berman